According to a number of studies, the oral bacteria of periodontal (gum) disease has been linked to serious health problems, including some cancers. Apparently, the inflammation triggered by the infectious bacteria in the mouth are now suspected to be a contributing factor in the development of pancreatic cancer. 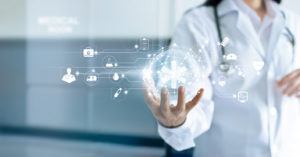 Because it is typically not diagnosed until at advanced stages, pancreatic cancer has a a long-standing reputation for its deadly track record. This year, over 50,000 people will be diagnosed with pancreatic cancer. Less than 10 percent will survive past the five year mark.

For years, researchers have been able to show that the infectious bacteria of periodontal disease are able to enter the bloodstream through tears in weakened tissues. Once bloodborne, these bacteria have been a trigger for inflammatory reactions elsewhere in the body. In addition to some cancers, research to-date has linked oral bacteria to heart disease, stroke, high blood pressure, diabetes, arthritis, preterm babies, impotency and erectile dysfunction.

In a long-term study to track oral bacteria-pancreatic cancer links, the DNA from saliva samples was analyzed from over 360 adults who eventually developed pancreatic cancer. Researchers compared these samples to the DNA in saliva of a similar number of adults who remained healthy.

Adjustments were made in both groups for considerations of age, race, sex and body mass as well as alcohol use, smoking and being diabetic. The participants who developed pancreatic cancer within two years after the DNA samples were taken were omitted to eliminate pre-existing factors that could influence statistical outcomes.

With findings from prior research, this study allowed researchers to hone in on two specific types of periodontal disease pathogens. Researchers noted that one pathogen was more prevalent in the saliva of participants who developed pancreatic cancer, noting a 59 percent greater risk of developing pancreatic cancer. The second pathogen was shown to increase this risk by 50 percent.

In early stages, the symptoms of gum disease include tender gums that bleed easily when brushing and frequent bad breath. As it worsens, the gums become sore and swollen, darken in color to red, and cause gum tissues to loosen their grip around the base of teeth. Eventually, teeth will loosen and may require removal. Because over 47 percent of American adults have some level of periodontal disease, it is no wonder that gum disease is the nation’s leading cause of adult tooth loss.

Hopefully, the general public will learn of extensive research results that show that periodontal disease bacteria is destructive and deadly. As findings from further studies continue to be revealed, it is important to be proactive when it comes to the symptoms of periodontal disease. Remember, gum disease will only worsen without treatment.

Call 828-274-9440 to begin with a thorough periodontal examination. As a periodontist, our Asheville periodontal office offers specialized treatment for all levels of gum disease. Through this, I will explain how we will determine the state of your current oral health and subsequent recommendations that will restore you to excellent oral wellness.