Research has found that periodontal disease is higher in men (56.4 percent) than in women (38.4 percent). https://www.perio.org/consumer/gum-disease-and-men 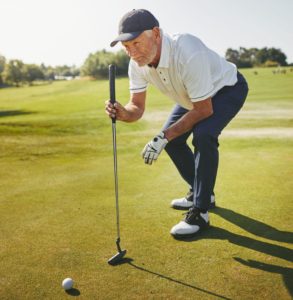 The reason for this significantly higher number may be due to some findings revealed through some unsettling findings. According to a survey by the Centers For Disease Control & Prevention (CDC), only 66 percent of males brush their teeth twice or more a day compared with 86 percent of females who do so.

Flossing had even worse numbers, but that pertains to both sexes. Only 49 percent in the survey stated they floss on a daily basis. Only 1 out of 3 assumed that seeing blood in the sink when brushing is normal and were unaware it is a sign of periodontal (gum) disease.

While women were as twice as likely to see their dentist for regular dental check-ups, they were also more likely to follow through with recommended dental treatment than men. As a result, the study revealed women had better levels of gum health with less dental plaque, calculus, and bleeding.

The Journal of Periodontology shared nine risk factors for tooth loss due to periodontal (gum) disease, including …

Although age and gender are unchangeable, decisions to not brush your teeth or to smoke, for example, are something you can control. As of 2017, 18.6 percent of American men smoke, compared with 14.3 percent of women. (https://www.edrugstore.com/blog/current-health-news/men-smoke-more/) Because more males smoke cigarettes (or use tobacco in other forms), they are more likely to develop gum disease.

Why should you worry about gum disease? In addition to causing tooth loss, oral bacteria can enter then bloodstream through tears in diseased tissues in the mouth. Once in the bloodstream, this bacteria can trigger inflammatory reactions elsewhere in the body.

The bacteria of gum disease has been linked to heart disease, stroke, memory loss, preterm babies, arthritis, diabetes, and even impotency. According to the American Academy of Periodontology (perio.org), men who fail to maintain good oral health are also at higher risk for:

PROSTATE PROBLEMS – Prostate-specific antigen (PSA) is an enzyme created in the prostate that is normally secreted in very small amounts. However, when the prostate becomes inflamed, infected, or affected by cancer, PSA levels rise. Research has shown that men with indicators of periodontal disease such as red, swollen or tender gums  as well as prostatitis (inflammation of the prostate) have higher levels of PSA than men with only one of the conditions. This means that prostate health may be associated with periodontal health, and vice versa.

HEART DISEASE – Research indicates that periodontal disease and cardiovascular disease are associated; having periodontal disease may actually increase your risk of cardiovascular disease. Both diseases are chronic inflammatory conditions, and researchers believe that inflammation is the connection between gum disease and heart disease. Since men are already more likely to develop heart disease than women, maintaining periodontal health is another way to reduce this risk.

If you aren’t concerned about losing teeth, these overall health risks should get your attention. Treating gum disease before it becomes severe can be done comfortably and affordably. In our Asheville periodontal dental office, we use the latest technology and offer I.V. sedation for those who desire a “twilight sleep” state during treatment.

Gum disease will only worsen without treatment. Call (828) 274-9440 if you have tender, sore gums or see blood in the sink when brushing. You need to be seen promptly.

React To Gum Disease EARLY To Save Time & Money On Treatment.

This saying describes how, if we’d “known then what we know now…” we may have taken a different course of action for a better outcome.

In cases where gum disease develops or tooth loss occurs, patients often wish they could turn back the hands of time. Many patients who have acquired gum disease or had teeth replaced because of it are now highly-committed to their oral health. They often tell us, “I wish I’d taken better care of my mouth before,” now realizing how problems can be avoided as well as the benefits of good oral health.

Periodontal (gum) disease and (often) its subsequent tooth loss are, simply put, products of bacterial overload in the mouth. Our mouths are constantly being supplied with sustenance for these organisms. Bacteria are able to thrive through food that enters, especially sugars, and other bacteria-laden items put into the mouth. As bacteria thrive, they are able to reproduce very rapidly.

When bacteria levels become more than the immune system can tackle, infection can set in. Just as a cut or scrape on the skin that is not kept sufficiently clean can become infected, oral bacteria can cause an infection to develop in the mouth. This accumulation of bacteria can evolve into gum disease, which is an inflammation that attacks teeth, oral tissues and the bone structures that support tooth roots.

Gum disease symptoms include sore gums that bleed when brushing, frequent bad breath, gums that pull away from the base around teeth, gums that darken in color. As it worsens, pus pockets may form on the gums at the base of some teeth. In advanced stages, gum disease causes teeth to loosen and eventually require removal.

Gum disease often progresses because people are unaware that bleeding or receding gums is actually a symptom. Insufficient brushing, failing to floss and not having regular dental cleanings form a path that begin the process.

Insufficient care can lead to a build-up of bacteria, known as plaque. Plaque is a sticky (or “fuzzy”) film you feel on teeth when not removed on a regular basis. In just 48 hours, plaque can transform into a cement-hard colony of oral bacteria that attaches to teeth. This hardened form of bacteria is known as tartar or calculus. Unlike plaque, tartar cannot be brushed or flossed away.

As your mouth is enduring the repercussions of oral bacteria accumulation, gum tissues and tooth enamel are attacked. Once this infectious bacteria has penetrated below the gum line, dental treatment is necessary to halt its continued development and restore healthy gums

With prompt and proper measures, however, you can halt and reverse the need for dental treatment and avoid the repercussions of gum disease.

Gingivitis is the initial stage of gum disease. Symptoms typically include gums that are tender in spots and some bleeding when you brush. These are warning signs that signal an immediate need for attention.

Begin by twice daily brushing with a soft bristle tooth brush and use a fluoridated tooth paste. Brush for at least two minutes each time. Floss daily. Be sure not to pop the floss between teeth to avoid damaging tender gums. Move the floss in a back-&-forth motion between teeth to ease it down so you can scrape the sides of each tooth.

You can remove a tremendous amount of oral bacteria by using a tongue scrapper daily. Or, brush your tongue with your tooth brush at the end of each brushing. This helps to dislodge bacteria that is embedded in the grooves of the tongue.

Drink lots of water during the day. This will help keep saliva flow at ample levels. Saliva is designed to move oral bacteria from the mouth on a consistent basis. Oral dryness is the enemy. Avoid foods and beverages that are drying to oral tissues such as caffeine, alcohol, and spicy foods. Also, try to minimize the amount of sugar and carbohydrates you consume. These foods amplify the reproduction of oral bacteria.

If you smoke, consider using an oral rinse that replenishes moisture in the mouth. The chemicals in cigarette smoke are verey drying to oral tissues. Some oral rinses are specifically designed for producing moisture. Remember, oral dryness gives bacteria a favorable environment for reproduction.

When it comes to the initial formation of gingivitis, these steps will help relieve gum tenderness and potential to bleed within a week or so. If you do not see improvement after 2 weeks of diligent measures, see a periodontal specialist as soon as possible.

A periodontist is a dental specialist who can determine your precise level of gum disease and the most appropriate treatment to restore good oral health.

Call 828-274-9440 if you have questions about your gums or if you are experiencing any symptoms associated with gum disease.