Today’s American female has a long list of guidelines that enhance the potential to have a healthy, full-term baby. Even so, pre-term births in this country occur at a rather high rate for the advanced health care available to most. 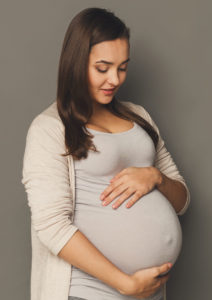 There seems to be a rather close connection between gum disease and preterm babies, as unrelated as the two may seem. First, consider the risks cited by the Centers for Disease Control & Prevention (CDC). As far back as the year 2000, the Surgeon General warned that pregnant females who had gum disease had a far greater risk of a pre-term, low birth weight baby.

Research has shown that gum disease increases the risk for pre-term delivery (prior to 37 weeks) and low birth weight babies (less than 5.5 lbs.).

One study showed the preterm birth rate for pregnant women with moderate to severe periodontal disease to be nearly 29%.

Estimates are that over half of pregnant women have some form of gingivitis (gum inflammation, an early stage of gum disease) or periodontitis (infectious, advanced gum disease). Nearly a third of pregnant females will acquire gum disease because of their higher vulnerability to inflammation.

Infections in the mother have been identified as increasing the risk for pregnancy complications. Due to varying hormone levels, nearly all females will develop gingivitis during their pregnancy.

Referred to as pregnancy gingivitis, symptoms include swollen, tender gums that bleed easily when brushing. The goal is to halt the inflammation before it progresses to a more infectious stage.

Most obstetricians now urge their pregnant patients (or those trying to conceive) to have a thorough periodontal examination. Even with no obvious signs, gum disease can still exist. It lies beneath the surface of the gum tissues and should be resolved before it worsens and is able to seep into the bloodstream.

Symptoms of gum disease include gums that bleed when brushing, swollen or tender gums, receded gums or gums that darken in color.

When periodontal disease is present, successful treatment has shown to lower the risk of preterm births. A periodontal specialist is trained to treat all levels of disease in a way that is safe for pregnant women (as well as all patients).

Pregnancy is not the sole risk factor for developing gum disease, of course. Most adults of both genders have at least one factor that heightens susceptibility to this oral infection. Among these are stress, poor diet with high sugar intake, smoking, obesity, age, and poor dental hygiene can all contribute to an increased potential for developing periodontal disease.

Other risk factors include clinching or grinding teeth, predisposition due to genetics, diseases such as diabetes or cancer, some medications, and changes in female estrogen levels (puberty, pregnancy, menopause).

Gum disease bacteria is obviously a potent threat to any individual. As the nation’s leading cause of adult tooth loss, oral bacteria of this disease have been linked to heart disease, stroke, some cancers, diabetes, arthritis, high blood pressure and impotency.

If you have symptoms associated with gum disease, schedule an appointment at your earliest convenience by calling 828-274-9440. Gum disease will only worsen without treatment.