The findings of today’s health research is astounding, especially in light of the recent discoveries of how microbes effect our health. These minuscule colonies of bacteria, fungi and viruses aid certain functions in the body by sending signals. These signals can be highly beneficial to our health or may work against the immune system, based upon their environment. 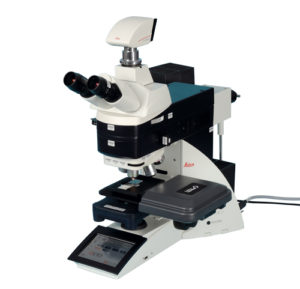 While much remains to be learned regarding microbes, the findings that relate to the bacteria of gum disease continues to reveal some alarming truths. This potent bacteria has been linked to a long list of serious health problems. These include heart disease, stroke, diabetes, arthritis, preterm babies, erectile dysfunction (ED) and even some cancers.

The problem begins when these bacteria enter the bloodstream through tears in diseased gum tissues. Once blood borne, they are able to trigger inflammatory reactions elsewhere in the body. This systemic inflammation has come to light as a major contributor to a number of diseases, some even deadly.

Periodontal (gum) disease forms in the mouth, but does so silently. Like most diseases that form in our bodies, people are typically unaware of its presence in its initial stage. By the time symptoms do emerge, gum disease may be running rampant, which means that it may already be creating reactions far beyond the mouth.

The suspected links between gum disease bacteria and some cancers has long been followed by researchers. Now, new data has been published in the Journal of the National Cancer Institute that shares findings of a long-term study that reinforces the link between some cancers and advanced stage gum disease.

The Atherosclerosis Risk In Communities Study began in the late 1990s and was conducted until 2012. In the beginning, dental examinations were provided to nearly 7,470 participants. After following up, researchers identified 1,648 new cancer diagnoses. (https://www.hopkinsmedicine.org/news/media/releases/more_evidence_of_link_between_severe_gum_disease_and_cancer_risk)

Additionally, participants with severe periodontal disease (periodontitis) had twice the risk for lung cancer and an 80 percent increased risk for colon cancer (in those who were without teeth at the study’s onset). There was also a slight risk increase in pancreatic cancer.

Because smoking is a factor in periodontal disease as well as colon and lung cancers, smokers in the study were compared to people who had never smoked. The findings showed that even if someone hadn’t smoked before, having severe periodontal disease created an increased risk of lung cancer and colorectal cancer.

In 2016, the Journal of the American Medical Association (JAMA) shared recent research that found people with high levels of a specific oral bacteria are more likely to develope pancreatic cancer. (https://www.health.harvard.edu/staying-healthy/gum-disease-may-signal-warning-for-pancreatic-cancer)

Using DNA from saliva samples, researchers noted higher levels of a particular bacterium in study participants who eventually developed pancreatic cancer, showing a 59% greater risk. The bacterium, P. gingivalis, is one of the most common bacteria of periodontitis.

Although prior research showed correlations between gum disease and pancreatic cancer, this study was the first to show that high levels of a particular strain of oral bacteria preceded pancreatic cancer rather than developing after the cancer appeared.

What does this mean? As a Periodontist, I feel it clarifies the importance of achieving and maintaining good oral health. It is no longer practical to take the stance, “If it doesn’t hurt, then nothing is wrong.” People must be proactive when it comes to their oral health. These measures could even save your life.

If you haven’t seen a dentist regularly or feel your oral health is not good, call 828-274-9440 to schedule an examination. This is your first step to a healthy smile that supports a healthy YOU!